This is What it Looks like at Our House today:

Yep, we are STYLIN'!

Even Seeley Booth thinks so!
Look at him checking out Cody's socks!

Cameron and EJ are just hanging out.

I guess Seeley wasn't getting them quite fast enough!

Beckett has been busy "kissing" Seeley and Emma this morning.
Mia is crabby.

Who knows what will be up for the rest of the afternoon!

Have a GREAT Day!

The yuckies seem to be passing through our home.
Tummy issues and headaches.
Even three of my furry ones.
It is hard to be cheerful when your head is playing its own version of a drum choir song.

A call to the vet and instructions to treat with Pepto.

Tonight I made baked chicken, green bean casserole and sweet corn. There is little left over . . .

bake a batch and a half of green bean casserole

They can't get enough Green Bean Casserole . . .
so once again, no left overs. In fact, EJ came for an extra helping of GBC but it was gone. Extra corn ~ he finished it up.

Feeding GROWING boys can be quite a challenge!

I am beginning to think we need our own grocery store.

I saw Williams Sonoma sells portable chicken coops and fenced areas for chickens! Check it out . . . they even have a book to teach you about Chickens . . .

I was all excited ~ until Randy told me that he didn't think our lil' area of the world would appreciate chickens in our back yard. I am quite certain if the peeps wouldn't appreciate chickens . . . the cow and goat are out too!
Posted by Julie at 6:49 PM 1 comment:

This afternoon I took the boys outside to ride their bicycles.
They are really enjoying them and use their imaginations while riding up and down the side walk. They tend to play "traffic", police, chase and simply ride. They are all doing really well operating their bikes . . . with a few exceptions.

Cameron was riding quickly down the sidewalk, crossed our driveway and t-boned EJ's bicycle knocking EJ to the ground.
Apparently, Cameron continues to ignore my warnings concerning the use of the BRAKES on the bicycle.

Thankfully, no serious injuries . . .
however, I am certain more bicycle type bruises will crop up.

Cameron also fails to watch for cars backing out of driveways . . .

Thankfully, Katelyn was paying attention as she was pulling out of the garage and driveway.

So tomorrow, Cameron will be restricted to ride only our driveway and our next door neighbors. The restriction will be in effect until Cameron can show a bit more responsibility on his bicycle.

Ryan's seat needed raising . . .
that boy is growing by leaps and bounds.

I raised his seat for him and thought his tires needed a bit of air.
I put a little air in the tires . . .
or so I thought I put in a little air.

I knew immediately what had happened . . .
Ahhhh NUTS!
I apologized to Ryan ~

Katelyn went to the store to pick up a new tire inner tube.
She came back with two.
Daddy took over from there.
He put the new tube on and aired it up . . .
and then . . .

At first I felt pretty good . . . I am not the only one that can blow an inner tube on a bicycle. Well, that was until it was relayed to me that the new tube blew because the tire was damaged as well.

I guess accomplished a lot!

(we will be heading out tomorrow to get a new tire and tube for his bicycle . . . I feel really stupid!)

We have accomplished a lot, but it feels as if the day has been creeping by at a snails pace.

It could be that the boys have been on each other's nerves ~
it doesn't matter what they are doing, something always bothers one or more of them.

The boys were to tidy their rooms, have breakfast and then head outside to play. Seeley Booth was right on their heels to "help".

The boys played a long time outside while I kept watch on the deck. I had things I could tend to online via my iPad and am pleased it is all accomplished.

Seeley had been playing with the boys but was looking pretty tired and hot, so I had him come up on the deck with me.
He took a big long drink from the water bowl and then went to the deck railing to check on the boys.

It didn't take long and Seeley was back down with the boys.
Running, jumping and having fun . . . He totally loves it.

Finally, it was lunch time . . .
Pigs in a blanket were a HUGE hit and my boys ate until they could eat no more. Of course, the furry babes had a bite or two as well.

As I write, the boys have put in disc 1 of The Jetsons.
I love that they are INTO the oldies!
Makes me smile!

I came across this photo on Facebook this morning.

I am certain ~ Parents of BOYS are shaking their heads "YES" this is exactly how boys "think". Boys love the DANGER.

In fact, my boys have been showing their love for DANGER this past week and their poor bodies are well . . . trying to endure.

Cameron has been "mastering" his bicycle without training wheels.
We tried to teach him in the grass where the CRASH would not be so . . . painful. Cameron couldn't get the hang of it in the backyard, so he tried the front sidewalk. Again, I INSISTED he wear his helmet! The crashes were many . . .the "jump off the bike" too many to count. He did get the hang of it . . . his shins show the wear and tear of the learning process.

The other day I had errands to take care of, so the kids were home with Daddy. They headed outside to ride their bicycles.
Picture four boys all riding together on a sidewalk.
One of the boys has taken "ride together" as meaning . . .
"Ride your bicycle as close to your brother as possible."
As you can imagine . . . there was a pileup.
Thankfully, no one was seriously injured.
When I arrived home and heard the story of the pileup I decided it was necessary to explain "ride together". I explained it did NOT mean to be able to touch your brother, but safely ride along with your brothers. We will see how it goes this week.

Now back to the picture above . . .
Would my boys try to "tackle the hill"?

I hope and pray my day doesn't continue to follow the same path it started on this morning. Why? You just might be sorry you asked!

A little after 6:00 a.m. I was awakened to a horrible awful smell.
I knew immediately what the smell was and the source.
I opened Ryan's door and was hit in the face with MORE horrendous nasty smells. I looked in his room and THERE IT WAS . . . by this time, I am sure you know what I am speaking of.

How could something SO NASTY come from this?

Apparently, Ryan did not fully zip the kennel that Seeley sleeps in.
He escaped out the left side and left Ryan a . . .
ahem . . . present!

Seeley Booth is doing pretty well overall.
He turned 4 months old on August 22.
I had him in the yard the other night and he learned to "SIT" on command within 30 minutes time.

Seeley is fitting in with our family very well.

He loves to run in the yard with the boys . . .
they play fetch and he returns the ball and/or frisbee to them almost every time.
When he is done playing he won't return it to them.

He is very calm overall, but the boys can certainly wind him up!

They told me this morning that when he was outside he ran up to them . . . "made a stinker" and then walked to another part of the yard. I told them . . . it was payback!

Me . . . my second cup of coffee is waiting and then ~
I need to head out to the office ~
my Dad needs a haircut.

Yesterday I realized I had not made Shutterfly books from Christmas 2011. Sheesh . . . what a FAILURE!
I absolutely INSIST that I take photos and make books . . .
I don't like to scrapbook, but love the ease of making a book.
Just in case you are wondering . . .
TWO out of THREE books are now complete!

Anyway . . .
as I was getting photos from my hard drive I came upon several
years worth of photos. I have to tell you . . . they made me smile!

Cameron all ready for school.

Cody and his new shoes

My Indians Cameron and EJ

all ready for Thanksgiving Feast Day

Dirt piles . . . during our addition and remodel

Is there REALLY such a thing as TOO dirty to a boy?

The Harlem Globetrotters and Our Family

our children have grown

the kids' interests have changed

our home has undergone a total transformation

the sights and sounds of our lives change

We are Truly BLESSED!
Posted by Julie at 9:47 PM No comments: 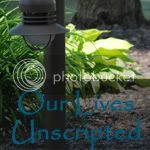